Unlike the 1972 and 1974 strikes, which had been about wages, the issue for the miners in 1984 was the survival of their industry – Dr Ben Curtis 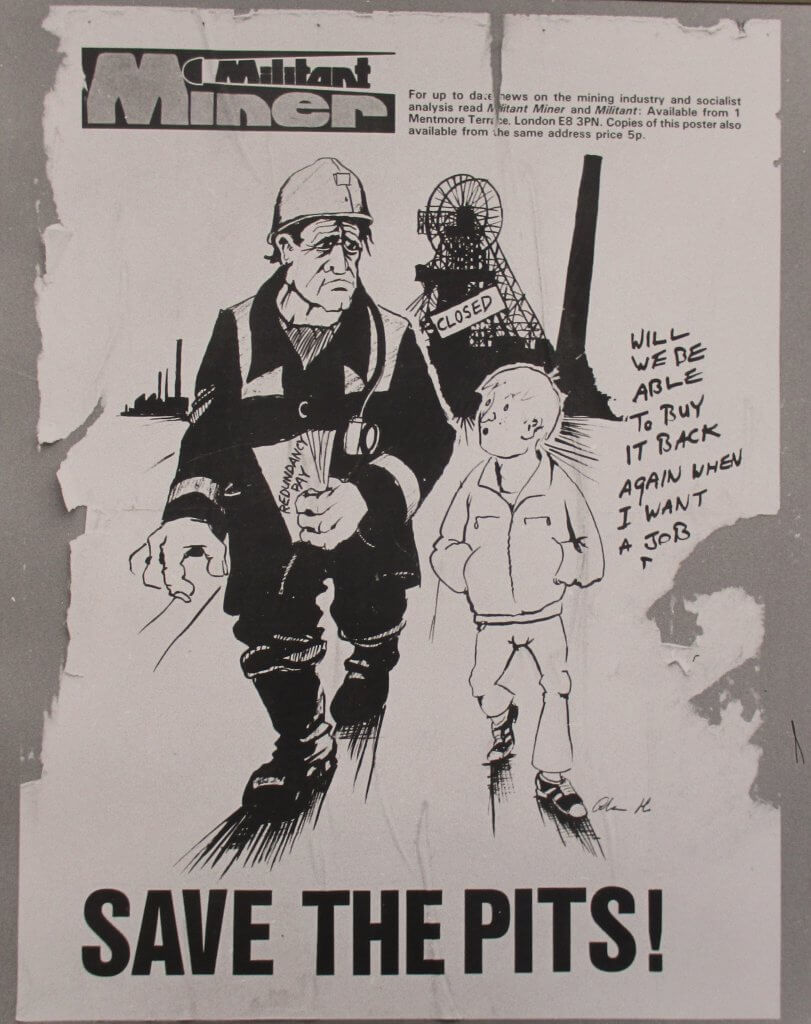 On 6 March 1984, the NCB announced that it intended to cut 4 million tons capacity and 20,000 jobs within the year. Miners across the UK went on strike to save the industry and their communities. 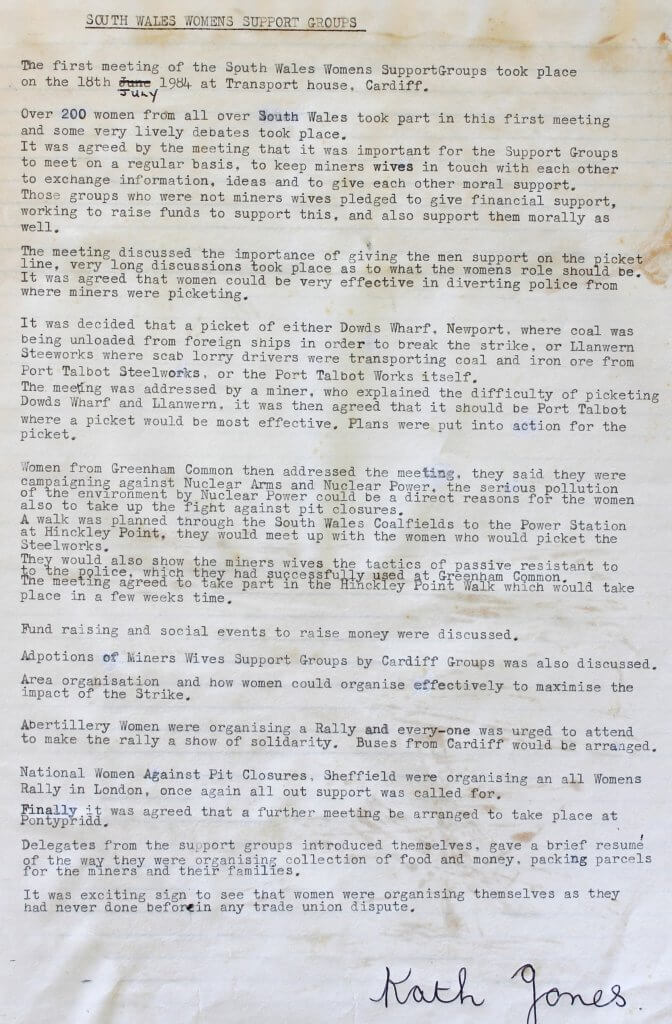 Women played a vital role in supporting the miners during the strike. In the minutes of the first South Wales Women’s Support Group meeting, Kath Jones wrote:

…[i]t was exciting […] to see that women were organising themselves as they had never done before in any trade union dispute. 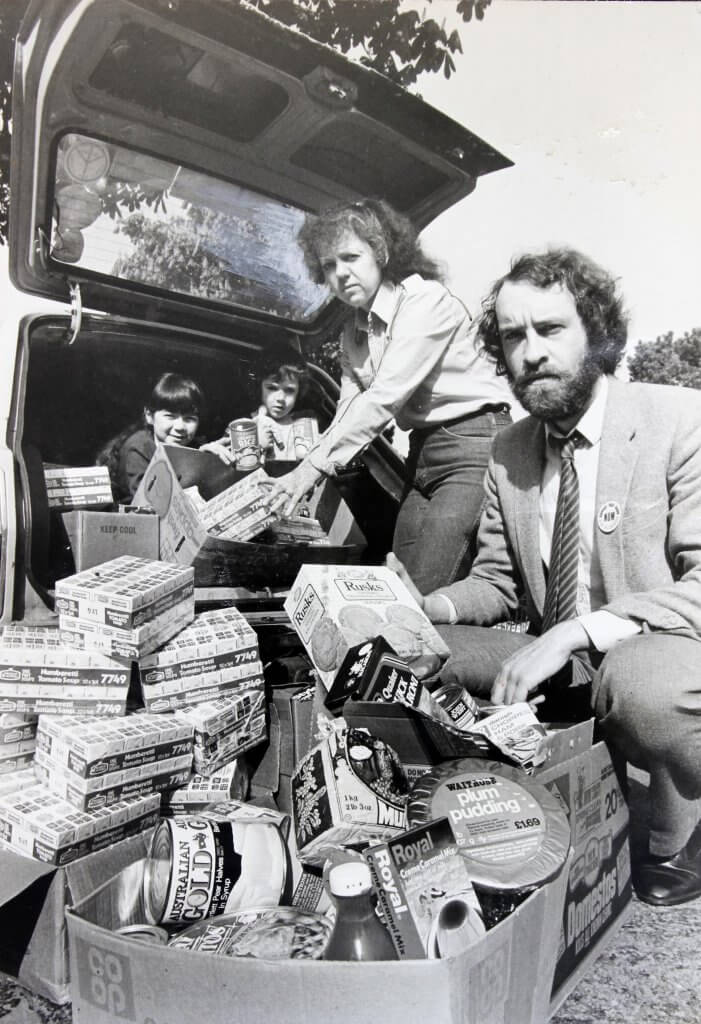 The strike ended in defeat for the miners. Within ten months of the strike, nine collieries had disappeared in south Wales. 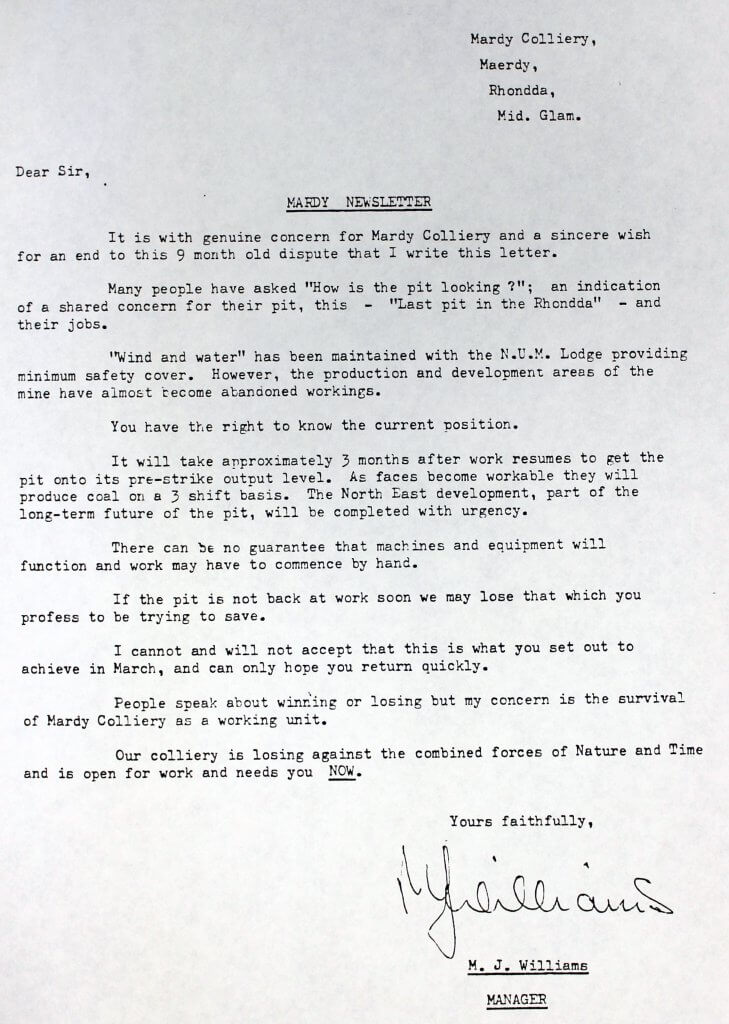