The Deadly Dust – Industrial Disease in the Coalfield

Pneumoconiosis (also known as black lung and miners’ lung) and silicosis were lung diseases caused by dust, they led to the disability and the early death of miners. 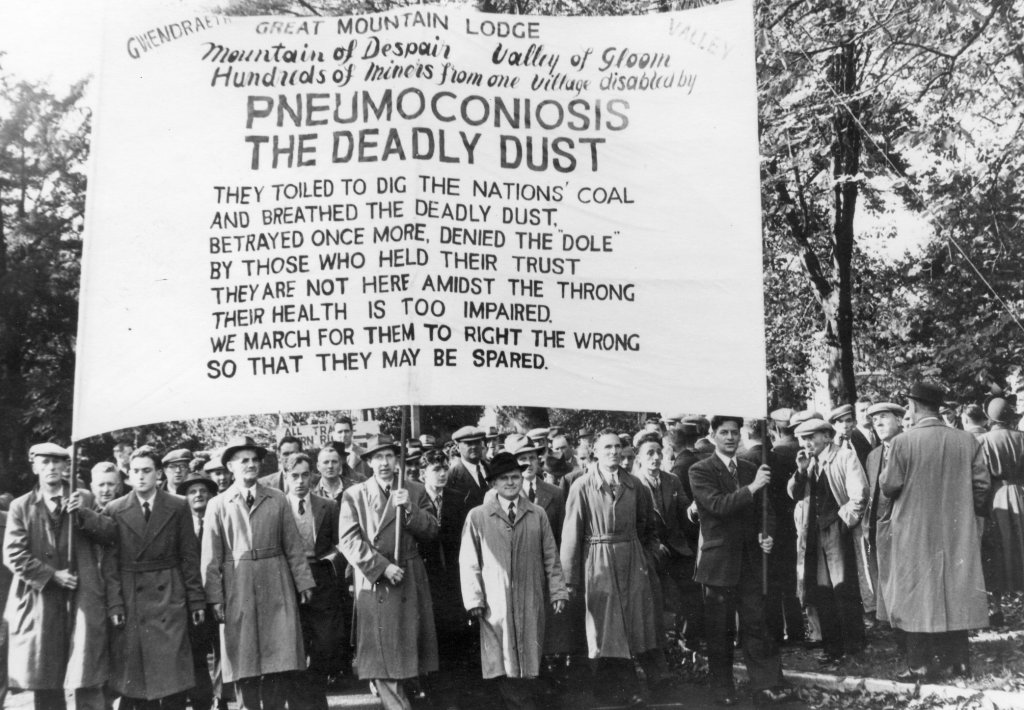 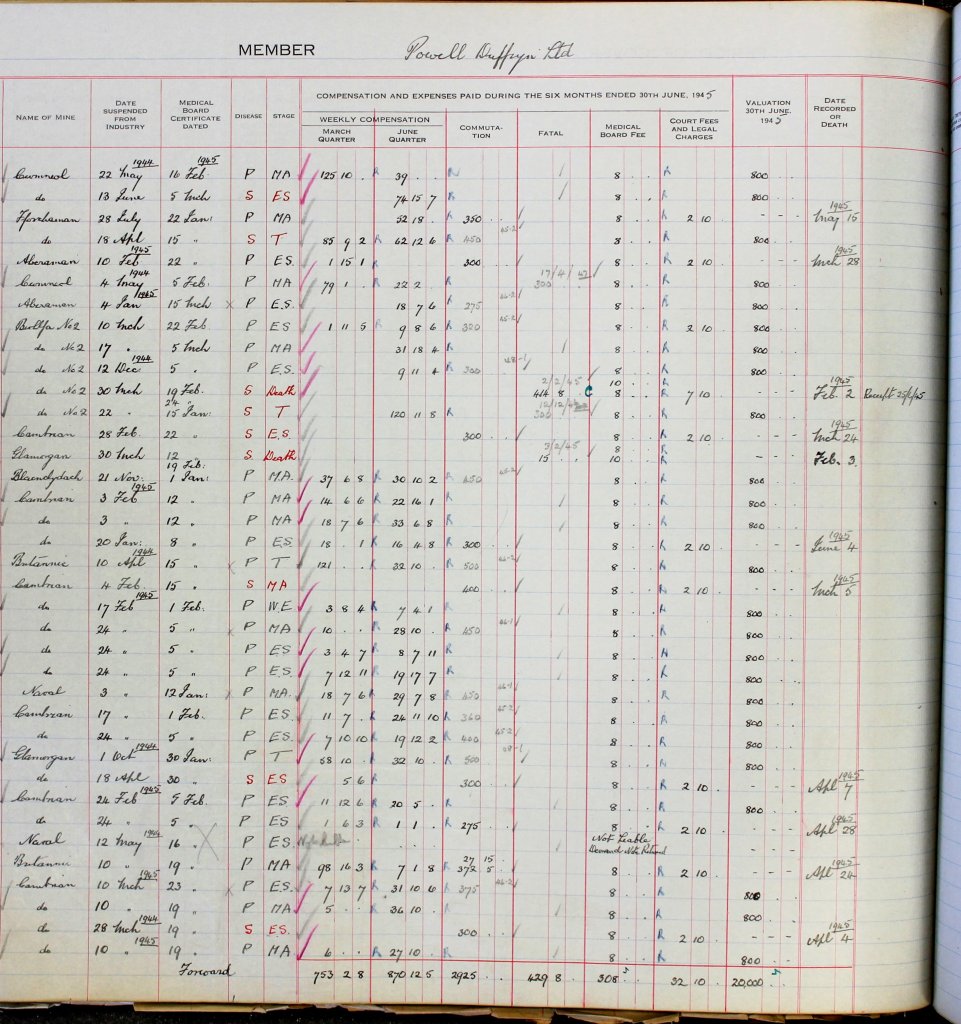 An investigation by the Medical Research Council led to the Coalmining Industry (Pneumoconiosis) Compensation Scheme in 1943. This meant that compensation could be paid for both diseases. 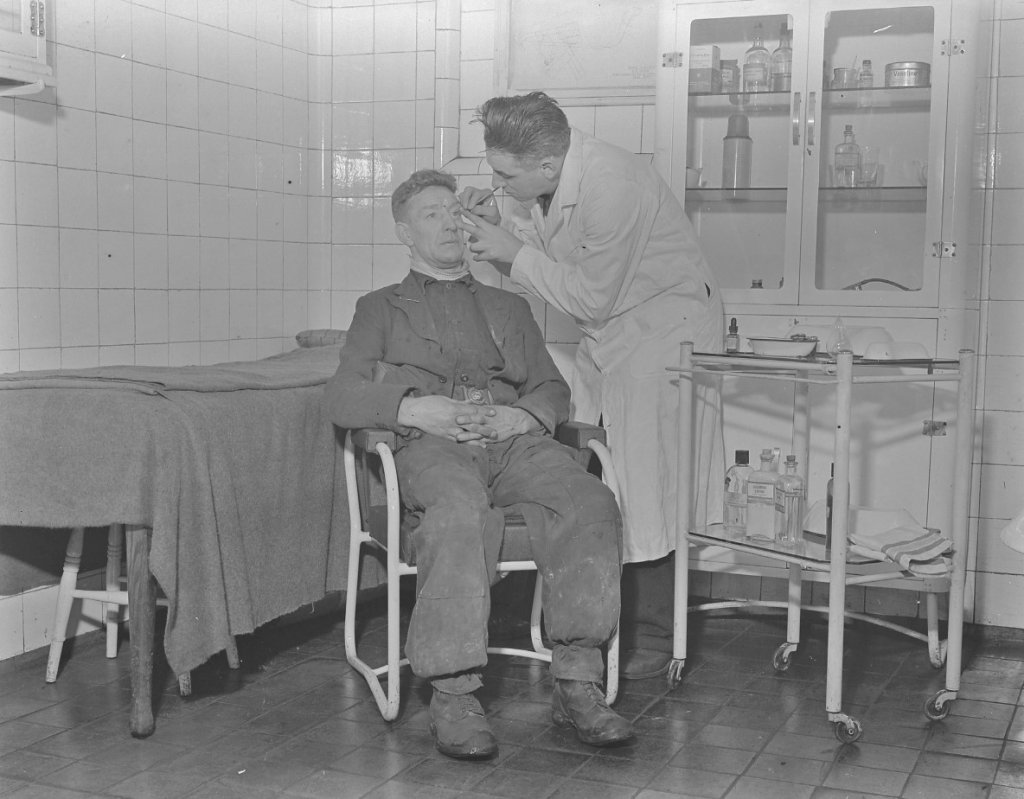 Not all coal industry diseases were caused by dust. Nystagmus, a disease of the eye caused by work in low light conditions, affected 199,831 miners in the UK between 1908 and 1938.